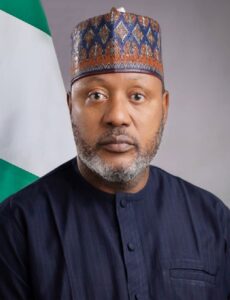 ullahi was born on 21st April, 1968 at Uke in Karu Local Government Area of Nasarawa State. He had his primary education at Uke Central Primary School and Government Secondary School Uke from 1974-1979 and 1979-1984 respectively. He graduated from Usman Danfodio University Sokoto with a combined Honours Degree in Law and was eventually called to the Nigerian Bar in 1991.

Mr Abdullahi was re-appointed Attorney General/Commissioner for Justice – Nasarawa State, 2011- 2013 and later became Special Adviser on Special Duties where he superintended the Nasarawa State Government 30 Billion Bond Issuance Programme (1st Tranche) and also supervised the Investment portfolio of the State, he also served as the Secretary to the State Government (SSG) of Nasarawa State from 2017 – 2019.

Until his appointment as Hon Minister by President Muhammadu Buhari, he was the minister of state for Federal Ministry of Science, Technology and Innovation. He is a member of both the Nigerian (NBA) and International Bar Association (IBA).​