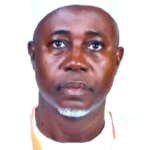 Born on 10th October, 1962 in Nigeria, Engr. Hassan Musa had his early educations in Nigeria and later continued

his tertiary education in Poland, where he obtained his M.Sc. in Aeronautical Engineering in 1989. He, thereafter worked with Polish Airlines; ‘LOT’ Warsaw – Poland to the end of the year.

During his NYSC with Donier/A.I.E.P Kaduna Old airport, Kaduna, Engr. Musa worked on the production of first made in Nigeria Prototype Aircraft: The Air Beetle between 1990 and 1991.

He earlier joined Hold Trade Air Services Limited, Kaduna from 1991 to 1993 and Oriental Airlines Limited, Ikeja – Lagos between 1993 to 2000, both Private Airline Companies, where he gained wide range of experience. He later joined the Nigerian Civil Aviation Authority (NCAA) between 2000 to 2006 as Safety Inspector, where he served in different capacities among which were the Kaduna Regional Manager supervising all aviation safety and economic activities at Kaduna, Zaria and Jos Airports.

He was appointed Federal Permanent Secretary by His Excellency, the President of Federal Republic of Nigeria on 4th December, 2019 to date, also he is the Chief Accounting Officer of the Federal Ministry of Aviation.

The Officer is happily married with children.